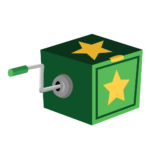 The Jack In Zee Box is the first temporary POB (tPOB) available for purchase in the In-App Store! It will cost 750 Zeds, but we aren’t sure how long this jack will stay in the box. It may pop away by the 4th, the 14th or the 30th, so pick one up soon if you’re interested! They are limited to 1 per player. 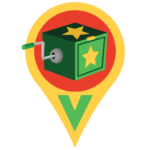 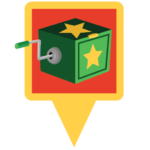 Jack In Zee Box will bounce to both physical and virtual munzees. It will stay on the map until 23:59 MHQ on May 11 OR after 41 captures (whichever comes first) when it will be automatically archived on your account.

Though there will only be one icon shown on the map, once the Jack In Zee Box is captured, 1 of 10 possible icons will be revealed. Curious as to what you’ll find inside? We’ll give you a sneak peek, but you’re going to have to get busy capping to discover the other 9 icons. This first one may be a familiar face for those who played in back in 2017! 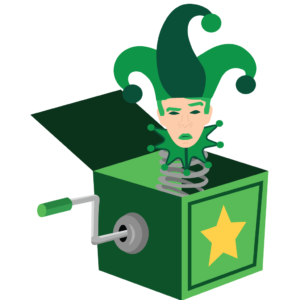 Jack In Zee Boxes will bounce around every 6 hours or when capped to the following types:

All players who purchase a Jack In Zee Box will receive the deploy badge shown below: 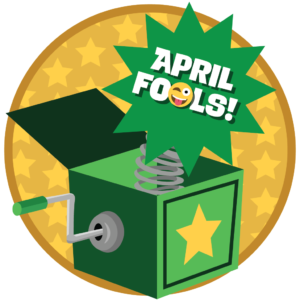 Silly Spring- Deploy one Jack In The Box Munzee.

There is also a badge line for overall captures of Jack In Zee Box munzees. However, since these badges reveal some of the other Jack In Zee Box heads, we’ll keep their appearance a secret for now.

We hope you enjoy this newest invention from the MHQ Workshop!

For Your Mental Health, Take a Virtual Vacation!
NEW Filters Allow You To Explore Like Never Before!