Can you help us track down a former agent? If you complete ALL the missions in Operation: Mr. E, you’ll receive the snazzy badge below, along with both forms of the Master of Disguise Munzee (more info below!) and various other rewards listed in the app! 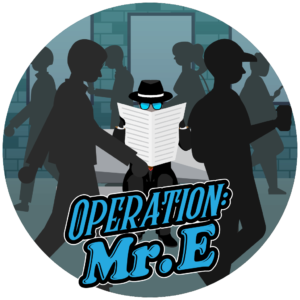 The Master of Disguise (MoD) is a Zeecret Weapon that behaves similarly to the Surprise Munzee in that it appears on the map as its own pin, but when captured it actually awards the capture of another type.

Did you catch the difference between how the MoD and the Surprise Munzee work? It’s quite subtle, so let’s clarify: when you capture a MoD, it awards the capture of another type, meaning, if you check the [Achievements] –> [Specials] area of the app you will see the pin image of that type. When you capture a Surprise, it will still award the capture of a Surprise (and will be what you see in the [Achievements] –> [Specials] area of the app) but the capture message and the points you receive will vary based on the types currently in the Surprise pool. 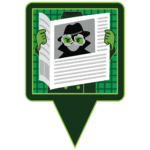 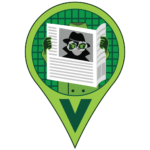 The pool for the MoD is different than the one for the Surprise, so don’t expect Jewels and Destination Rooms (at least for now)!

You can access MoDs by turning on their filter in “Physicals – ZeeOps” and “Virtuals – ZeeOps”. If you manage to receive an actual MoD capture, you will earn a special badge — as there is only one badge in this line, we’ll keep it a secret for now. Capping these new munzees will also contribute progress towards the overall Zeecret Weapon captures badge line!