September has turned out to be a gaming-themed month, but very different from our previous iterations. Instead, we kicked the month off with the new Chess Set game pieces! Each week, we’ve been sending out prizes to the first to cap the winning numbers in the LotterZEE, and also doing random Prize Drawings! And just this past Sunday, we wrapped up our week-long Charlie and the Chocolate Factory-themed ZEE-Dayz — we’re curious to find out which users are the lucky recipients of the Golden Ticket Munzee!

In other news, we also pushed out an app update which brought Premium Memberships to the In-App Store, released a new Elemental, announced Halloween Event Packages, and finally, dropped a new Secret ZeeOps. The month’s not over yet though, so be sure to keep an eye out for everything else we have planned!

We are now happy to announce the winners of the September Gardens of the Month (GOTM)! The badges will be awarded by early October, but we couldn’t wait to share the winners we’ve chosen!

Last month we had a science-y theme going on — the gardens we’ve chosen this month, while not easily conforming to a theme, are both very meaningful to us in different ways. Remember that all winning GOTM organizers and all players who deployed in the winning gardens will be awarded special badges for their contribution to growing the map. This month we’re happy to award the Torii Gate Garden, designed by Kobeses, and the EyUpMeDuck Garden, designed by BenandJules, as our winning September GOTM! The gardens appear as follows: 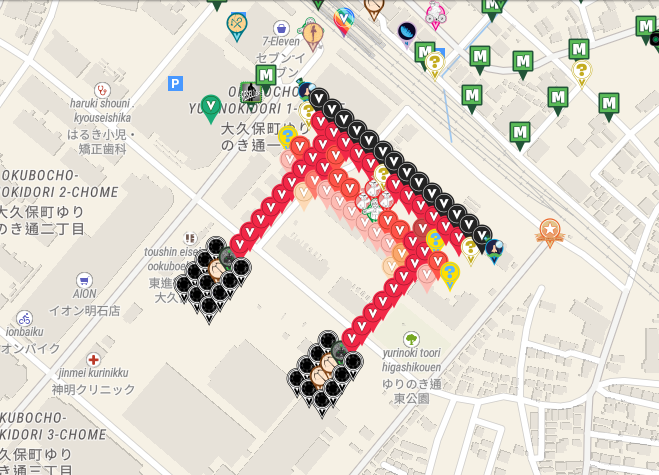 While this garden could have simply used Red and Black Virtual Colors, we love the detail added with the lighter red and orange shades. The Elementals and Crossbows also add nice contrasting pops of color!

This was the first domestically designed and produced garden in Japan to my knowledge. It is of a Torii – a gate found in front of Shrines here in Japan. It is symbolic of the country and the growing base of players here.

As listeners of the Munzee Maniacs Podcast, we’re excited to hear that the game is growing in Japan — more munzees for host peejay and occasional guest Kobeses (the designer of the garden, if you didn’t catch it earlier) to cap, and more friends to play with! We would also like to wish Kobeses a belated “Happy Birthday”!

We’ve always wanted to grow the game in Japan as we believe Munzee is a great fit for the lifestyle there — “tech-savvy” and “active” are two words that immediately come to mind. Our team member, Mari, also has a personal connection to the country, so including part of her culture has definitely been another motivator! We have released a few Japan-inspired specials in the past, such as the Origami and Sushi specials, but now that the game is taking root there, we’re definitely going to take a deeper dive in the future! 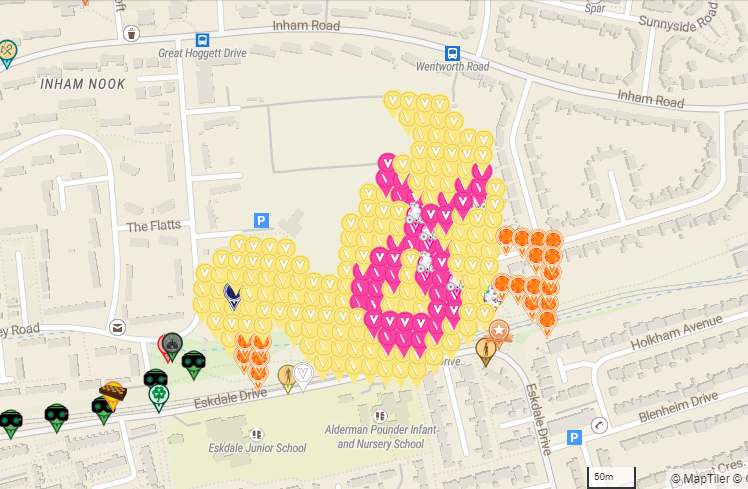 A beautiful memorial to EyUpMeDuck — even if you don’t know her personally, the design hints at a bright and fun personality. We’re sure it will catch the eye of players when they’re in the area and they’ll be able to learn more about her.

Here’s a note from a player who designed this garden:

I was asked by Ady725 to create a special garden for his Wife EyUpMeDuck who is battling cancer. I was honored to be asked and created the garden I am nominating, I am not sure if it is allowed to nominate your own garden (Editor’s Note: it is definitely allowed!)… The garden has been very popular and has filled very quickly.

We could not help but be moved by the story behind this garden — with all the attention COVID-19 has taken the past year-and-a-half, it’s important to remember it’s not the only disease being battled. Our thoughts are with EyUpMeDuck and Ady725. 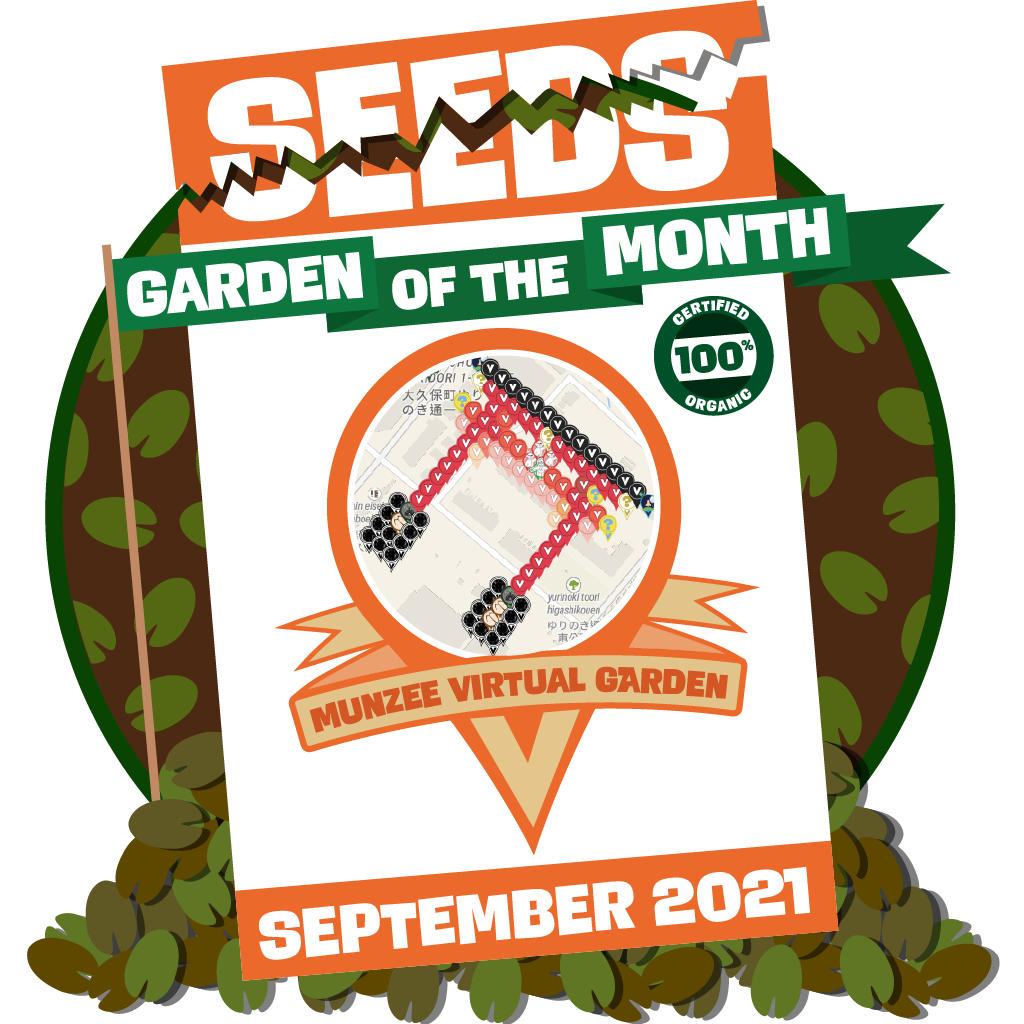 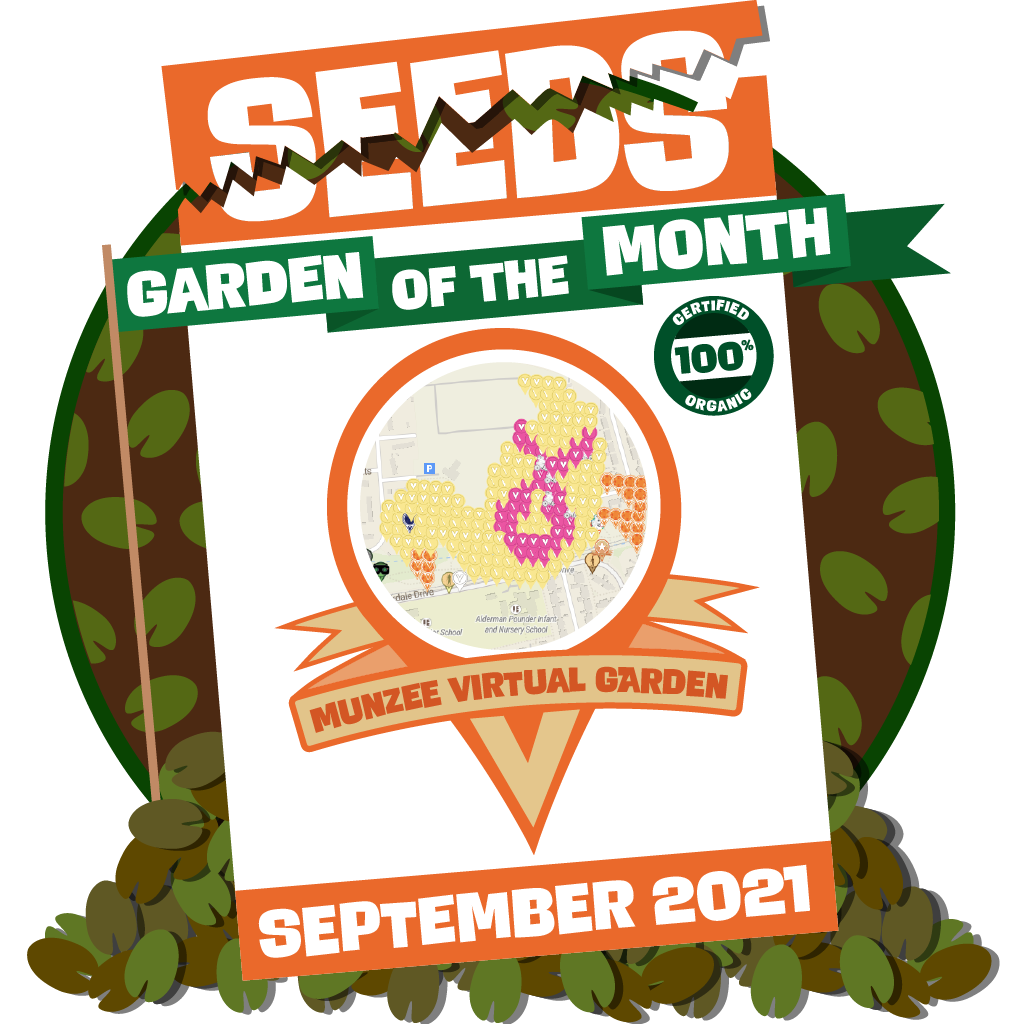