Some Garden Gnomes are Going Gnomewhere!

After releasing the details for the eSports Gnome skin and experimenting with Halloween skins for Myths, we decided it would be a waste if Garden Gnomes disappeared completely from the map. Not to mention all the effort we put into creating them, and all the effort you put into keeping up your streak every day to earn them!

However, we’d still like to make room for new tPOBs we’re planning for next year. That, combined with the unique pricing of Garden Gnomes made it tricky for us to determine how many should stay, and what would be fair to players who have been collecting them. Ultimately, we’ve decided that players who own at least 8 Garden Gnomes (the actual gnomes, not the skins) will have 1 permanent Garden Gnome to keep. 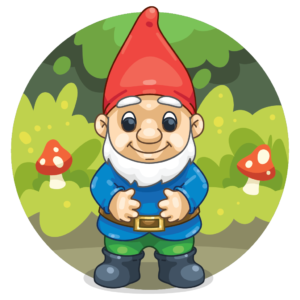 If you meet this requirement by 23:59 MHQ on December 31st, the permanent Garden Gnome will be auto-deployed on your account some time on January 1st, and will retain the ability to switch between earned skins at any time. You may find that the process of making it a permanent POB has changed the base gnome’s appearance, though you’ll be able to access the original Garden Gnome as a skin and switch to it as well.

Due to this change, we decided to create 1 more Garden Gnome skin, which you can earn by keeping up your capture streak in December. When the permanent Garden Gnomes are auto-deployed, they will come with this new skin, along with the skins you previously earned.

This also means that next year’s Monthly tPOB will not come with an extra skin in January (à la the Ice Hockey Gnome), and just be sold as the base version of that tPOB. Then, if you keep up your capture streak in January, you will receive a skin in February as usual.

As mentioned in our monthly Garden Gnome posts, the gnomes can be purchased from the Freeze Tag Store once every 28 days, so we hope that if you’re close to that number and are interested in having a permanent Garden Gnome, this gives you enough time to pick one up. Since we’ve been reducing the price by a dollar each month, currently a Garden Gnome only costs $2! If you need a few more, don’t forget that our Authorized Resellers also have Garden Gnomes in stock, if you haven’t bought them already (each Reseller Gnome is limited to 1 per player). 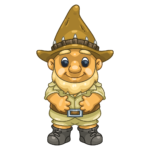 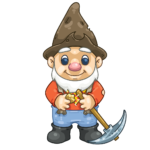 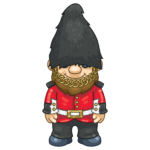 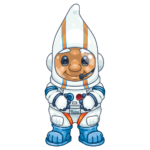 Otherwise, don’t feel too bad if you won’t have a Garden Gnome to keep — next year’s Monthly tPOB is still in the works, and promises to have an equally fun theme, which we’ll announce once we have more details solidified!

P.S. What do you think next year’s Monthly tPOB will be?

NEW Open Edition Greeting Cards to Get Your Creative Juices Flowing!
Sir Prize Santa is Shaking Up the Holiday Season!