Stage Your Own Antarctic Musical with NEW Mechz!

We promised there would be more animal-themed releases… so, just in time for World Penguin Day, we’ve added yet another avian friend to our roster! This time, however, it’s in Mech form!

You can find these buoyant birds swimming to the landing pads above every 6 hours or when captured.

As with other Munzee Mechz, the badges for deploying the P3N9U1N and Emperor P3N9U1N depict the Blueprints, and are shown below: 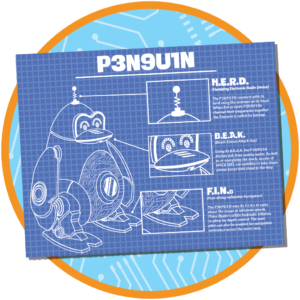 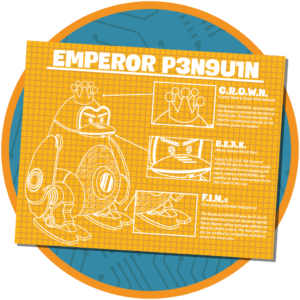 There is also a badge for capturing a P3N9U1N or an Emperor P3N9U1N. Since there’s only one badge in this line, we’ll keep it a secret for now.

We hope you enjoy spotting these rotund robots on the map!

May 2022 Skin: Graduate Flamingo
An Update to Premium Membership Benefits