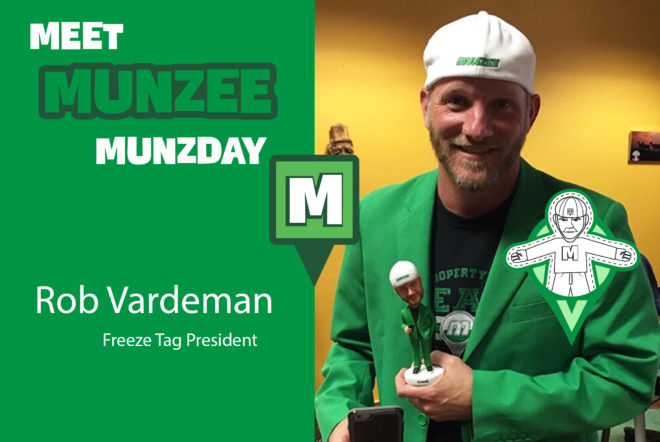 Here at Munzee we’re constantly encouraging our players to meet and greet and build the personal relationships that make this game so great. To bring back this fun way to introduce team members, here is the bossman himself, Rob! Of course many players are familiar with this face, but here’s an introduction to Freeze Tag’s President if you are new! Who doesn’t want to know more about coachV? 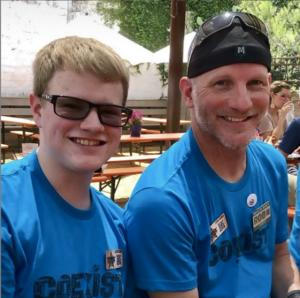 Getting lunch with Trey (and the team) between MunzStock 2019 events

Where are you from?

Born in West Texas (Odessa) but jumped around the state several times and had a 4-year stay in California before finally landing in Allen, Texas. I’ve lived in Allen for 27 years, about 5 miles from our amazing location for Munzee HeadQuarters.

Tell us about yourself:

I’m a nerd. A former math teacher who enjoyed teaching through the use of games. My love of GPS-based adventures led me to Munzee. Munzee opened a world of possibilities to me including meeting the love of my life. I’ve recently become engaged to Louise, our Worldwide Events Manager, with plans to marry in the future. I have a 17 year old son, Trey, who enjoys attending Munzee events with me when possible and sharing his very unique badge with players. In the not too distant future I’ll add 8 and 11 year old stepsons to my family. We all enjoy playing different location-based games and spending time together wherever that may be. 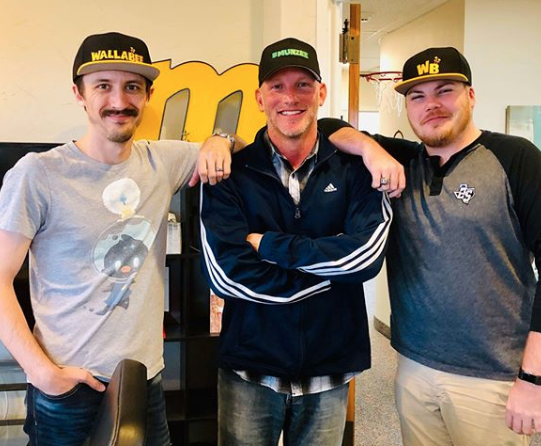 Repping Munzee and WallaBee with Robbie (L) and Matt

How long have your worked for Munzee?

Since June of 2012, when I started as a volunteer working with the player community and some business development. I was the first full time employee in January 2013, then became President in October 2014 when our team had grown to 4 full time team members. 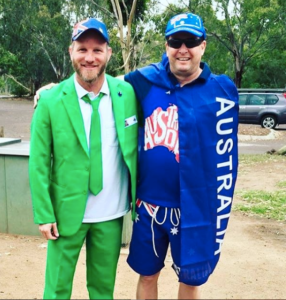 August 13, 2011, just over a month after Munzee launched I was out playing two other location games. I was headed for a long trail, but stopped at a windmill to find a container. As I approached GZ, I noticed a tag zip tied to the structure flapping in the breeze. Odd but unimportant in my current search. I found the container a few feet away, took care of business, and turned to leave. Then I noticed the tag had a QR code on it and said “Scan for points.” Being a gamer, and having just installed a QR code reader on my phone a few weeks earlier, I scanned it and was taken to the Munzee website. I found out I needed to create an account to play this game, so I did. It was love at first cap. I spent the next 5 hours, and over 100 miles, driving to all the nearby munzees collecting my 5 points. Over the next few weeks I started to interact with “snicker” via email because I was unable to find some of his daughter’s deployments. He basically made fun of me (sarcastically) and said I needed to improve my “geo-senses” if I couldn’t find something hidden by his little daughter. LOL. It kicked my Munzee hunting into high gear when I figured out I was interacting with a co-founder and the president. Eventually capping Munzees in his neighborhood led to meeting him, so I took my shot and told him I would work for Munzee one day. I had a vision for what it could be used for and where it could go! I became addicted to chasing special icons and points. I was a fanatical player and made it all the way to #7 on the global leaderboard before I finally got added to the team. The rest of the story is history. 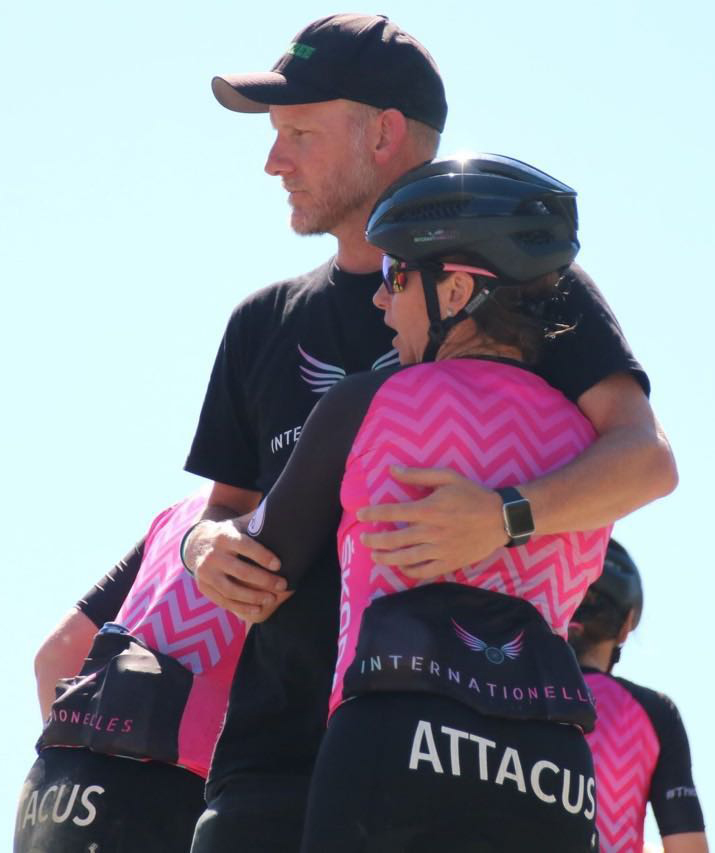 The Munzee community. Meeting and spending time with new players and friends I’ve known over the years. I also enjoy building special contests for the players and continuing to evolve the game in new ways. Keeping everyone guessing each month with new clan requirements and bouncing specials adds an element of fun to my workload.

What are some of your other hobbies?

I’m into ALL location-based games. Seriously, if a new one comes out I will download it and start playing as soon as I find out. Sometimes for research, other times because I just enjoy getting out and moving and being “rewarded” for it. I’m also a fair weather cyclist. I enjoy riding my bike. I don’t do it to race, only to get from one place to another and get some exercise along the way. I enjoy soccer, specifically English Premier League football. Manchester United is my team and thanks to Louise I’ve been able to visit Old Trafford several times.

Check back next week to get to know another member of the team! 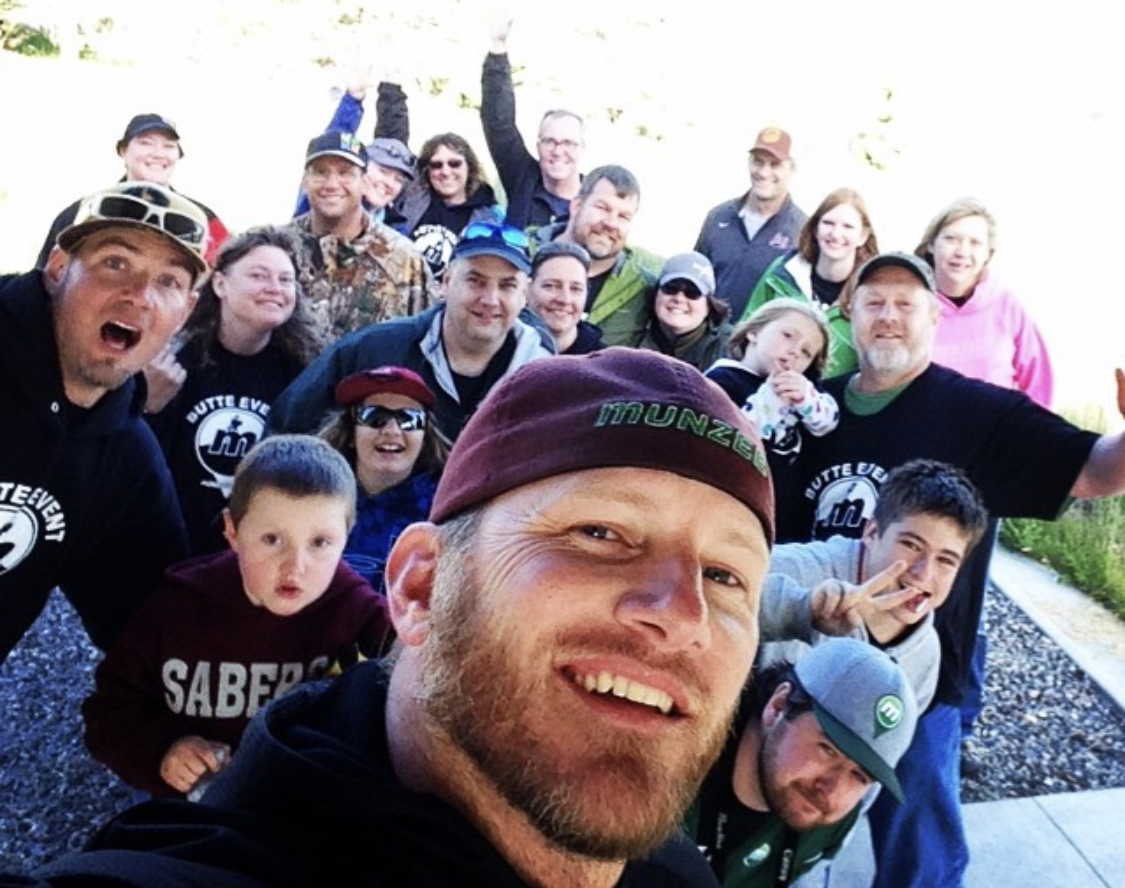 Crashed the Butte event with Dylan to surprise the Montana Munzers back in 2014. Thanks for all the memories!