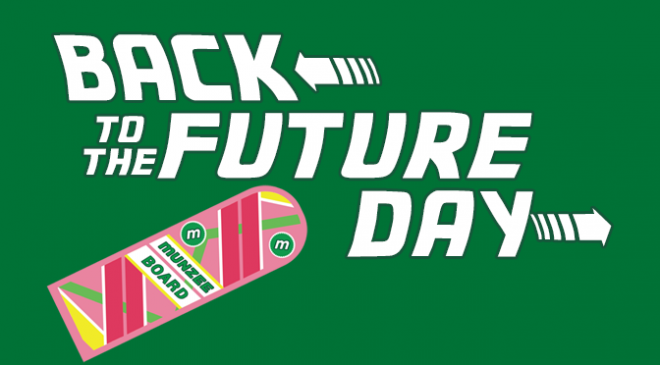 The Future Is Now!

Well October 21st has come and gone. Still no self lacing shoes (yet!), no flying cars, and the Cubs won’t be winning the world series… But, we did have hover boards! For one gleaming day, hover boards were a reality in the Munzee world, and you guys went out and got them! During the 48 hours in which it was October 21st throughout the world, players captured 87,116 hover board icons!

We’d also like to take this opportunity to recognize Rob Steer and the Back to the Future Day event he hosted in Shepparton, Australia. The badge for capturing the hover board icons was a variation on the badge our designers created for his event.

To everyone who participated in Back to the Future Day events over the past few days, thank you! We hope you all enjoyed the special. We’ve got more exciting things coming!

Back to the Future Day Special
Announcing the #DontTellRob Sale!