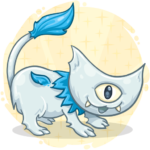 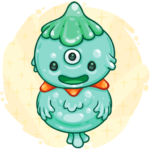 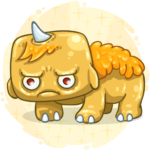 Since April Fools is well over, you can believe us when we say there is a fun surprise for the lucky few! That’s right, new colorations of all three stages of Tuli, Vesi, and Muru are currently bouncing around the map waiting to get capped. There’s a catch though, these shiny specials are a bit shy, so you won’t know they’re Gleaming until you cap them. Gleaming Pouch Creatures will appear NORMAL on the map like any other Pouch Creature. However, there is a chance that the Pouch Creature will reveal itself to be Gleaming upon being capped! To heighten your chances of finding a Gleaming Pouch Creature you’ll need to cap each of them you see just to be sure.

If the Pouch Creature is Gleaming, the new icon will show up in the captured pop-up message, and it will also show as a new type on your specials/achievements page. The Gleaming Pouch Creature will also award double the original points for Cap/Deploy/CapOn! That means there are double points possible to be earned on all three stages of Tuli, Vesi, and Muru!

Pouch Creatures can be a little shy, but luckily all three types (Muru, Tuli and Vesi) are attracted to physical Munzee Magnets as well! They will only be attracted as their Level 1 version though, so once they level up they won’t fall for any tricks! You can pick up Magnets in the Freeze Tag Online Store, along with Elemental Munzee blocks which will be on sale for $12 (originally $16) at 15:00 MHQ to help draw out more Pouch Creatures!

At 15:00 MHQ time today, we will be adding some Pouch Creatures back to the Freeze Tag Online Store if you’d like to pick one up to deploy. Per usual these are in limited stock, so if you don’t have one, today is a great day to get one! (It’s also the perfect time to pick up our last Blast From The Past personal tag.)

Meeting your April fitness goals will be easier than ever with the added incentive to chase each and every Pouch Creature that pops up in your area!

Happy Hunting, and Munzee on!

You’d Have to be a Fool to Miss These Specials…
Blast From The Past Concludes with 00s Tags!