This NEW Mech is for All Who Love Rock ‘n’ Roll!

In our first Sham Rock Credits post, we mentioned that another tab in the Redeem Store would appear later on. As planned, this tab contains items that will remain available through 02:30 MHQ on Sunday, April 3rd (the expiration date we had set for Sham Rock Credits) — so you don’t need to worry about them going away like the items in the [Sham Rocks (Week X)] tab (which swaps out on 12:00 MHQ every Thursday)! Currently there’s only one item in there right now, so here’s everything you need to know!

Like the other Munzee Mechz, the Sham Rock n Rolla is a temporary POB that will remain on the map until it has been captured 5 times. In addition, as a tPOB, upon capture you have the chance to earn 1 Sham Rock Credit. At 12:00 MHQ today, it was made available in the Redeem Store in the [Sham Rocks Surprise] tab for 25 SRC. If you decide to make the trade, a Sham Rock n Rolla will be automatically deployed on your account at once! You will also receive the Greenprint to rebuild it when you have earned enough Cogs in the future. 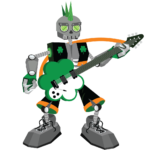 When a Sham Rock n Rolla is captured, it will scatter up to 3 Blarney Beats. 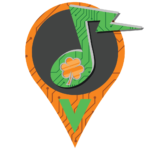 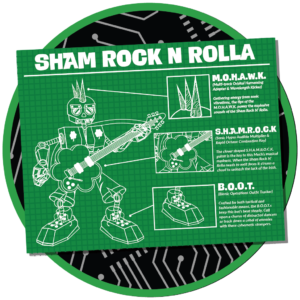 We hope you enjoy the sound of Sham Rock n Rolla’s music!