Time For Some Good GREEN Fun With A New Competition!

Agents, here is some more intel on that special assignment we announced on Wednesday — if you were on the fence about joining then, perhaps this brief will help you decide.

It’s time to show that you’re ready to become a ZeeOps Agent through a little friendly competition from now until Sunday, November 8, 2020 at 23:59 MHQ. Similar to our Competing Camp Specials we’re splitting you up to compete as worldwide teams! This time though, there are only two teams — the P.E.A.R Agency vs the P.I.N.E. Agency– and things will work a little differently.

Your mission, should you choose to accept it, is to work with other agents to whittle down the enemy agency’s hit points and maintain or increase your own agency’s hit points for each round. If you accept this mission, head over to the opt-in link on CuppaZee HERE to find out which agency you’ve been assigned to.

For the first round each agency begins with 1,000 hit points. Each team can max out to 2,500 hit points in round one as well. Maxing out hit points does not mean your team wins that round. A round will end as soon as one team’s health reaches 0 HP or after 5 days. If 5 days pass, the team with the highest remaining health will be given the win. Rounds are then reset, giving both agencies full hit points again.

A new round will begin each time an agency is KO’d until the competition ends. Please note that not all rounds may begin with the same base points. Some rounds may have higher hit point counts. After the competition ending time, the final round will continue until it ends, as normal. If the final round ends and both teams have won the same amount of rounds, there will be a final rapid decider round, with a low starting HP.

Here is a breakdown of which actions will increase your agency’s hit points, and which will decrease the enemy agency’s hit points. You might notice a few new types on this list too! You can learn more about Pear Bombs and Pineamite below, but stay tuned for the Spyderbot and Laser Pen reveals soon!

*We may change these values between rounds in order to improve gameplay. 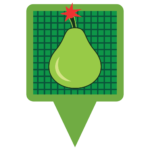 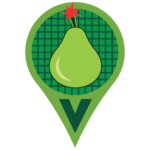 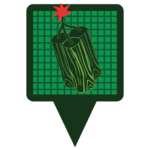 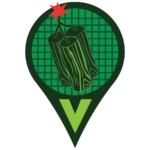 Agents from both P.E.A.R. and P.I.N.E. have left surprises around the world and it’s up to you to defuse them! There will be 500 Pear Bomb and Pineamite MOBs on the map for the entirety of the competition. That breaks down to 125 of each type in physical form, and likewise in virtual form. These are attracted to Magnets. Ironically, none of these specials are blastable. 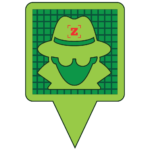 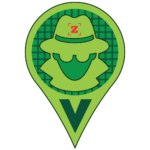 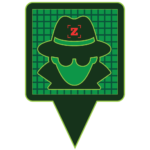 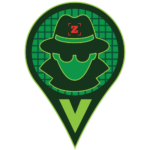 In addition to the Pear Bomb and Pineamite there will also be rare P.E.A.R. Agent and P.I.N.E. Agent Specials bouncing around the map! They are already out there lurking around on the map and more Agents may be unleashed as Agency Heads see fit! These are attracted to both Physical or Virtual Magnets on their respective landing pads. These are officially tPOBs on a Munzee account and are not blastable.

There are a number of badges related to the Zeecret Agents Competition specials:

You can sneak a peek at the team badges below: 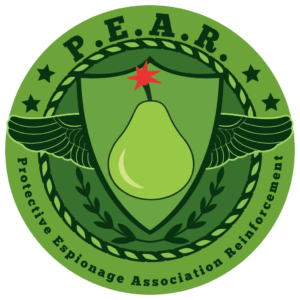 Agent of P.E.A.R.- Joined the light green team for the Zeecret Agents Competition 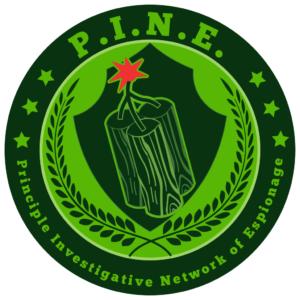 Agent of P.I.N.E.- Joined the dark green team for the Zeecret Agents Competition

Bash from the Past Eventzee Hunt Winners!
ZeeOps Program Reboot!