A long time ago in a place far, far away (or about 4 years ago about 3 miles from our current office), a grave mistake was made. In an effort to advance the game, generic munzee stickers were created using a new method. This method failed, however, leaving behind what became known as the Munzee Wallpaper. Thousands of stickers only to be used as decoration and as a reminder of a dark time. Or so we thought…

Ok. That may have been a bit dramatic. A few years ago, we created stickers that, due to technology at the time, were rendered unscannable. However, after a few updates to scanners and advancements in smartphone cameras, they can be used in the field.

This morning, we released an updated version of the app with a new scanner with improved recognition of damaged codes. This means that codes that may have previously been unscannable due to parts damaged or missing should be scannable now. (There are limits to how much reconstruction the scanner can do.) Because of this, we are releasing the “Munzee Wallpaper” stickers as “Scratch and Dent” stickers for purchase in the Freeze Tag Online Store. 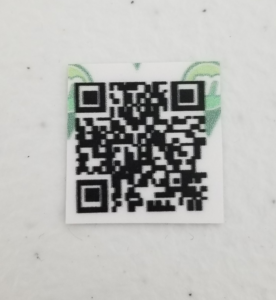 These “Scratch and Dent” stickers are available now in packs of 20 stickers for $1.25. While we have thoroughly tested these stickers for scannability, you may have to be a bit more patient while capping and deploying in some cases.

Get these stickers while you can, and Munzee on!