Updates to Quick Deploy and MORE in the App!

UPDATE: There was a mix-up involving the build number and our first note in bold red text below — it’s been corrected now!

Earlier in the year, we updated the Munzee Website with some improvements to the Quick Deploy process, which received a lot of positive feedback! We knew the next step was to bring over similar improvements to the app, so here’s a rundown of what you’ll find in the latest OTA (over-the-air) update! The build will be #736 — try restarting your app to see if it downloads!

Now, when you hold down the green pin button, instead of a list of each undeployed munzee ordered from newest to oldest, they are now grouped by type, along with a confirmation pop up to avoid accidental deploys, as you can see below: 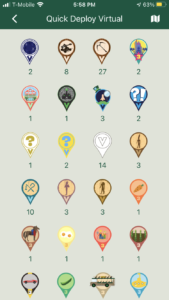 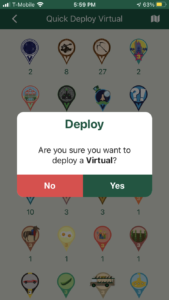 In addition, the screens above will only show munzees that have never been deployed. We thought this change would be more convenient for players as most previously deployed munzees will require you to be within a certain range of where they were originally deployed to redeploy them. If you do need to redeploy a munzee, you can still access it by navigating to your Profile –> [Inventory] –> [Undeployed Munzees].

You may recall that the old Quick Deploy process allowed you to view the map while you chose which munzee to deploy. While that is no longer the case, we did make another tweak that should be a good compromise: now, Quick Deploy will deploy where the map is centered on, rather than where you (and your blue dot) are located. As an example, here’s how you can quickly deploy a Greeting Card near a friend: 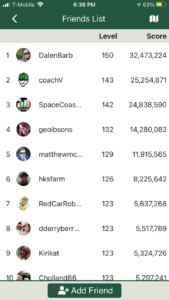 From your profile, tap on [Social] –> [Friends], then tap on a friend 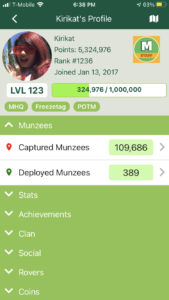 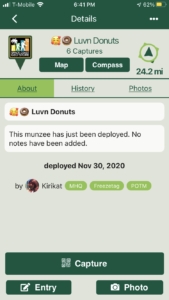 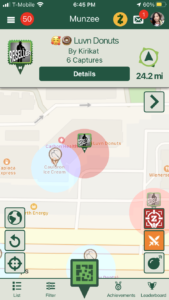 Hold down the green pin button 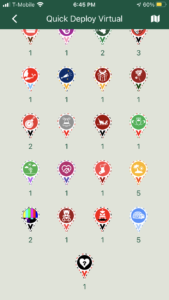 Tap on your desired munzee type 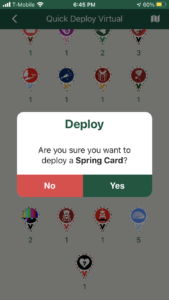 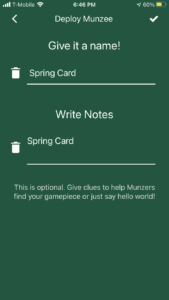 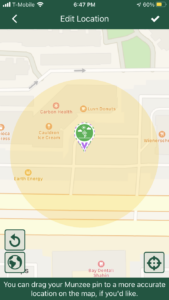 Move the munzee if needed and tap the checkmark 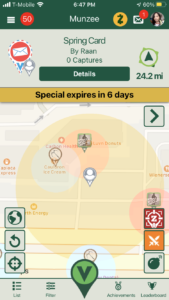 You can also use this to quickly drop munzees around upcoming event locations, if the area isn’t too crowded. Simply open the side menu, tap on [Munzee Events], and then tap on an Event Indicator pin to get to its details and view it on the map!

We hope you enjoy the changes we’ve made in this update! Remember that we will always maintain our Update Log HERE. Feel free to check it out whenever you like!