At the end of last year, ZeeOps HQ’s Neurological Memory Technology was under attack by The Rising Sons. Although it was believed that enemies had hacked ZeeOps HQ’s Neurological Memory Technology, it turns out it was a sleeper cell within our ranks. In fact it was the recently rescued Director Zee that forced agents to relive previous ZeeOps missions! It seems the Rising Sons really did a number on Director Zee…

Unfortunately, we’ve had to purge much of the corrupted data, and Director Zee is still on the mend after he was brainwashed by the Rising Sons. Although this is disheartening, we have found a silver lining: our training prompts appear to be jogging some of the Director’s memories! It’s up to you to help the Director regain control by reliving specific past missions. Can you revive the heart of ZeeOps HQ?

February 2020 ZeeOps Operations are now live and you can begin planning your Missions to start on the following day. You will only have until February 29th at 23:59 MHQ to complete this month’s Operations. There are only two Operation types available for this month- the Basic Op (3 days) and the Advanced Op (7 days). The window of time to complete missions may be shorter, but we believe in you!

By completing any Operation this month you’ll earn the “Operation: RE:vive” badge. 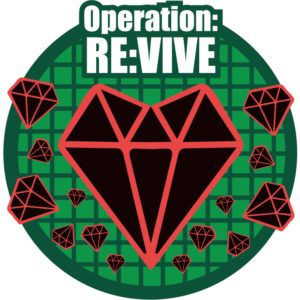