Article has been updated.

Many Munzee players are already familiar with ZeeQRew, an elite program that is composed of players who have shown a dedication to growing the game of Munzee. They also replace missing munzees in order to assist in gameplay upkeep. In line with our active initiative, we are excited to announce a new type of Munzee to replace the old recycling program, as well as a new team of helpful players. It’s time to welcome the launch of the QRewzee Munzee and the addition of the brand new QRew team to the game! 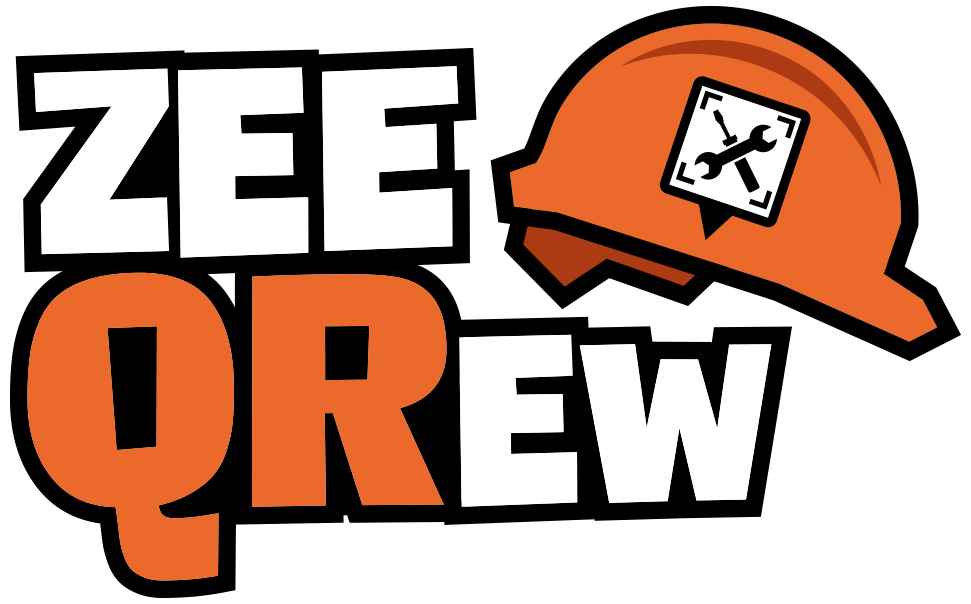 With the game growing every day, we decided that even a crew as talented as ZeeQRew could use some extra cleanup help. That’s where QRew comes into play, a brand new title and duty that some of you might have already seen assigned to your game profiles. This new group of players can be thought of as “ZeeQRew Jr.” It’s an introductory level for those of you that are still working to achieve full ZeeQRew status.

Just like ZeeQRew has its own list of requirements, there are specific requirements for joining QRew. In order to become a member of QRew, you have to be a Premium Member. The additional requirements for making QRew are as follows:

If you are one of the players who is currently eligible for QRew, you will notice a new title on your profile! Exactly like ZeeQRew, QRew status is earned or revoked at 00:01 MHQ time on the 1st and 15th of each month if requirements are met. 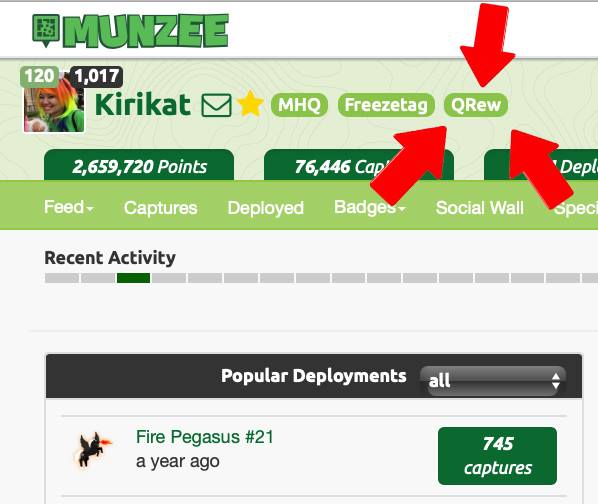 The rewards for QRew are as follows:

Although the title has already been awarded, the ability for QRew members to replace munzees will be available in a V4 app update coming very soon! There will be no badge, discount, or unique merchandise associated with QRew. Players must continue to grow and become ZeeQRew to earn added rewards. However, QRew isn’t the only update to the former Munzee recycling program… 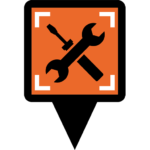 Along with the launch of QRew, we are happy to announce a new type of munzee to replace the former Recycle Munzee. All QRew and ZeeQRew members will see this icon on the map for the following physical Munzee types which have had no activity on them in the last 365 days. These munzees include:

The new icons will only appear on designated QRewsdays. Each month a schedule will be announced to designate when QRewsdays will occur, similar to how our monthly Flat Friends schedules work**. Capture of the QRewzee Munzee will award 100 points and the icon. There will be 10 CapOn points. You CAN capture a QRewzee Munzee on your own munzee or a previously captured munzee.

To see the QRewzee Munzees, look on the physical “Others” filter and the new QRewzee filter under premium options to “Only show these types.” Please note that players will only be able to specifically filter QRewzees in v4 of the Munzee app.

There will also be a line of hidden badges associated with capture of the QRewzee Munzees. The first in the series will appear as follows: 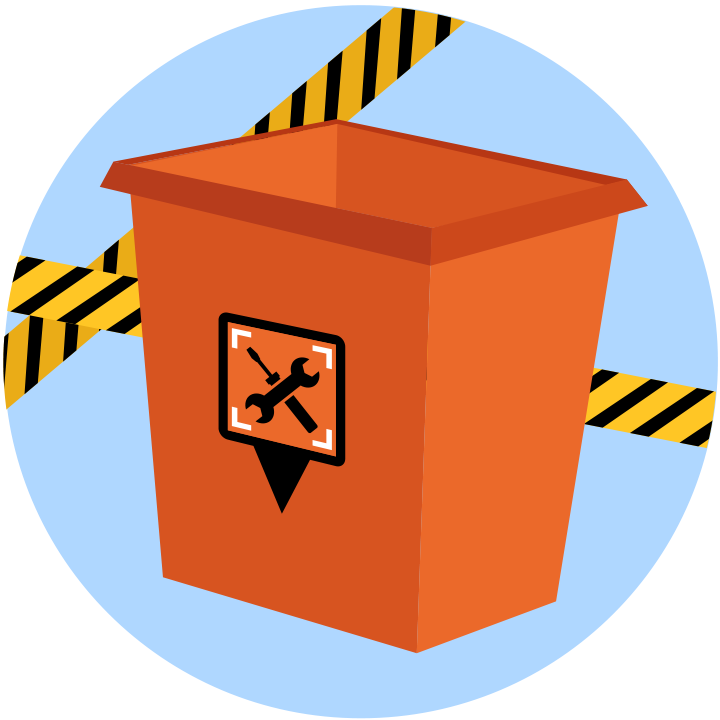 Without the diligence of our elite group of players, Munzee wouldn’t be the same! Thanks to all ZeeQRew members for their past gameplay upkeep and hope the new QRewzee points will be an incentive to keep it up. We appreciate all players that take the time and opportunity to grow the map and make Munzee better for all! We are excited to launch QRew and see more players get involved in upkeep and maintenance!

Prepare Your Appetites for Thailand Global Grub!
Holiday Goodies are on the Horizon with ZEEster Eggs!